Williamsport has a proud history of fine athletes. From your own little league star to baseball legends Cletus "Boots" Poffenberger, Dave Cole, and Nick Adenhart, to name a few.

David Bruce Cole (August 29, 1930 – October 26, 2011) professional baseball player who played in Major League baseball for six seasons from 1950 to 1955.
Born in Williamsport, Cole was known as one of the "wildest" pitchers with a career BB/9 of 7.556.
Cole achieved the notable feat of recording three outs without throwing a single strike while pitching for the Boston Braves in a 1952 in a game against the Philadelphia Phillies.
Cole spent four years with the Braves, following the team from Boston to Milwaukee before spending a season with the Chicago Cubs. From the Cubs, he was traded to the Philadelphia Phillies. Upon his trade to Philadelphia in 1955, he is said to have remarked: "That's too bad; they're the only team I can beat." In fact, four of his six career victories came against the Phillies.

Born in Williamsport, Maryland, Boots Poffenberger played for the Beaumont Exporters in 1937, with a record of 9–1. He was called up to the Tigers mid-season and went 10–5 as a rookie in ​137 1⁄3 innings with an earned run average of 4.67. His won-loss percentage of .667 in 1937 was seventh best in the American League. He was also ninth best in the league in saves (3) and tenth in hit batsmen. Boots also fell for the "hidden ball trick" as a rookie, caught by Frank Crosetti on July 16, 1937.
Detroit Tigers Schoolboy Rowe, Cletus "Boots" Poffenberger, and Hank Greenberg in 1938

This marvelous photo of two former Brooklyn Dodgers was taken "somewhere in the Pacific" by the U.S. Marine Corps. and distributed through the Associated Press news service. Depicting pitchers Hugh Casey and Cletus "Boots" Poffenberger, this photograph was distributed in April, 1945 -- just four months before fighting ended with Japan and six months before the Japanese surrendered. The two players are seen in their respective Marine and Navy baseball uniforms, just before Casey's team won an inter-sqaud match, 2-0.

In 1970 the new Williamsport High School opened and combined students from Halfway with old line Williamsporters. The result was an outstanding team under Coach Smith. 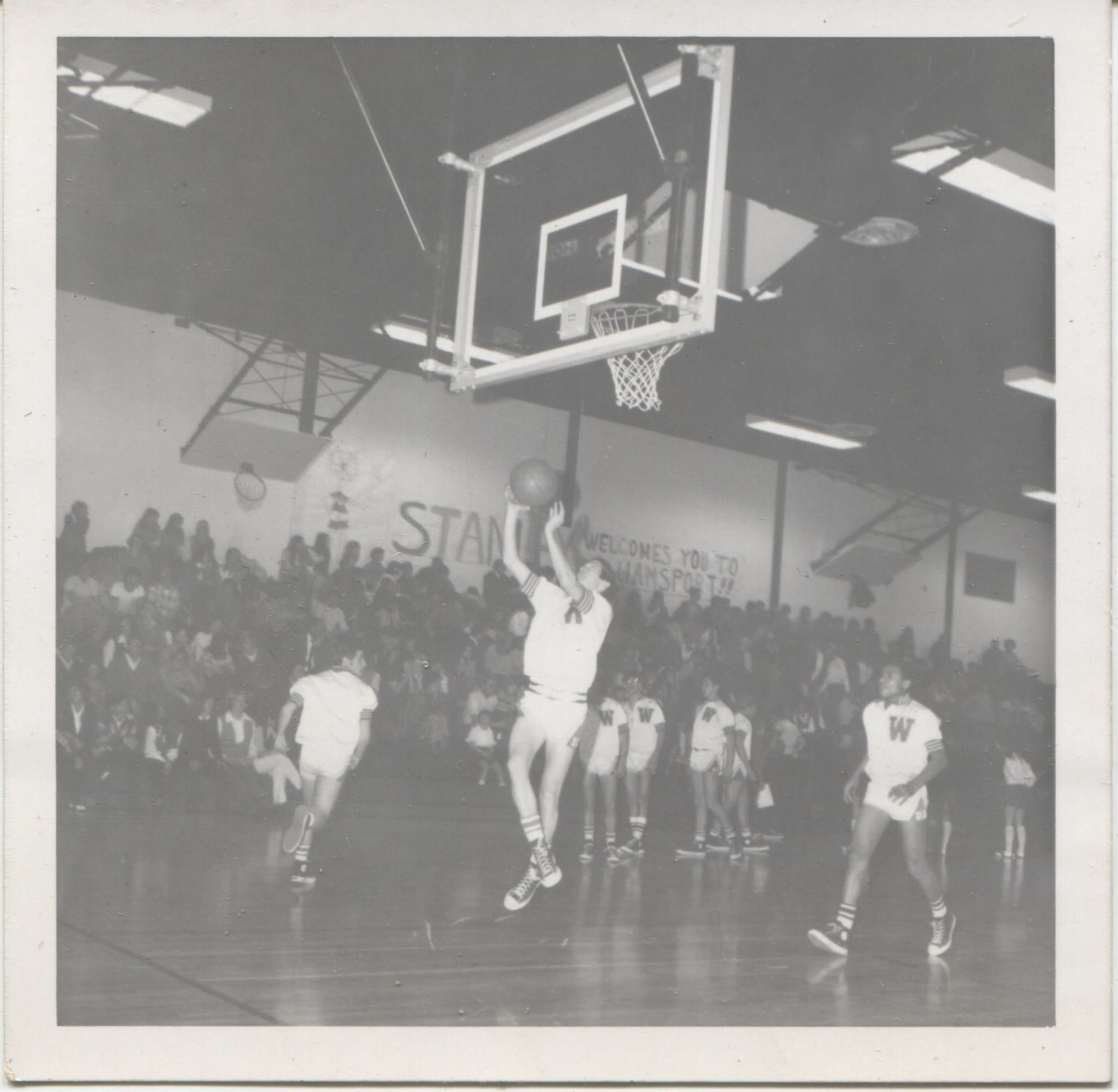 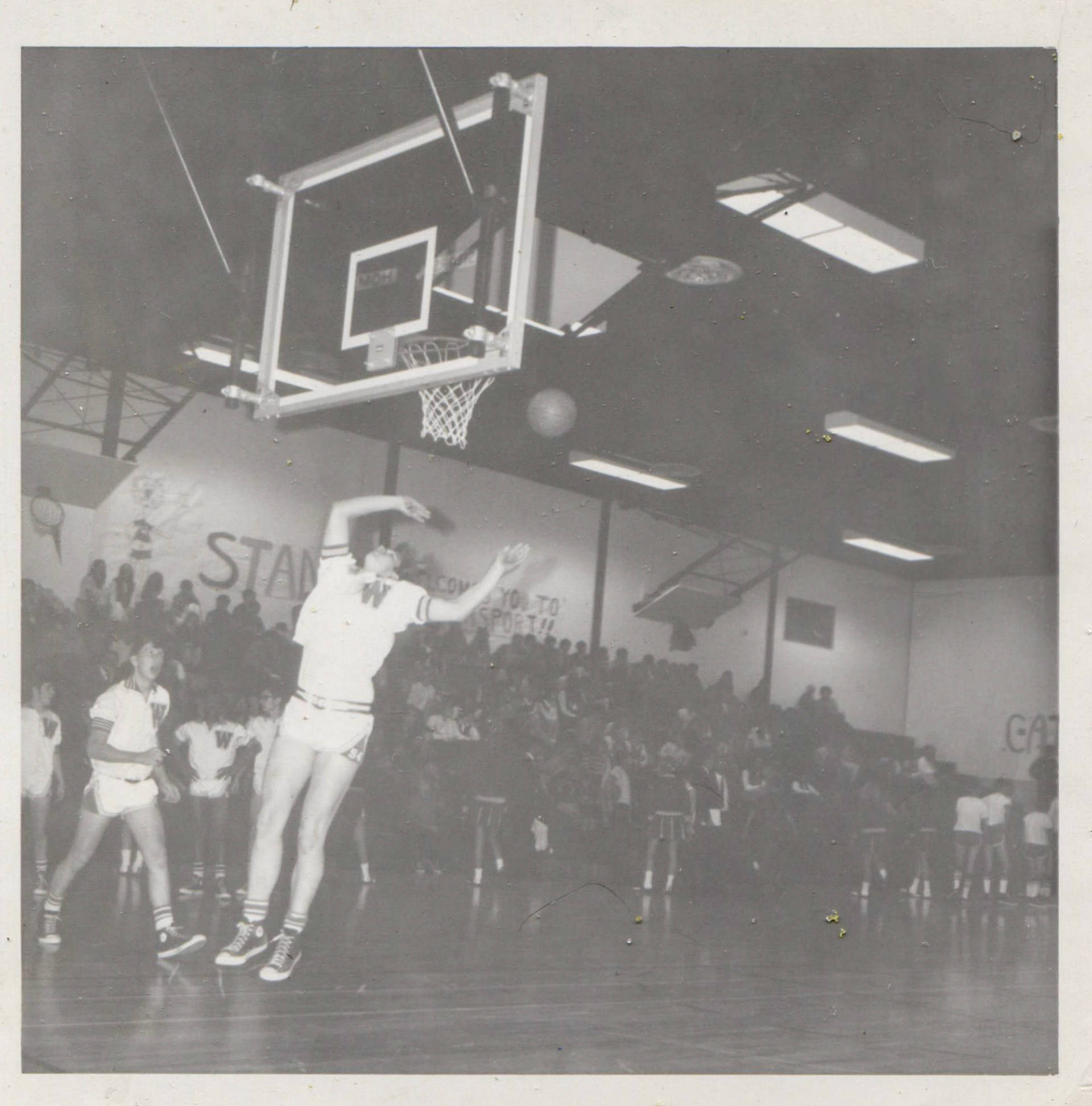 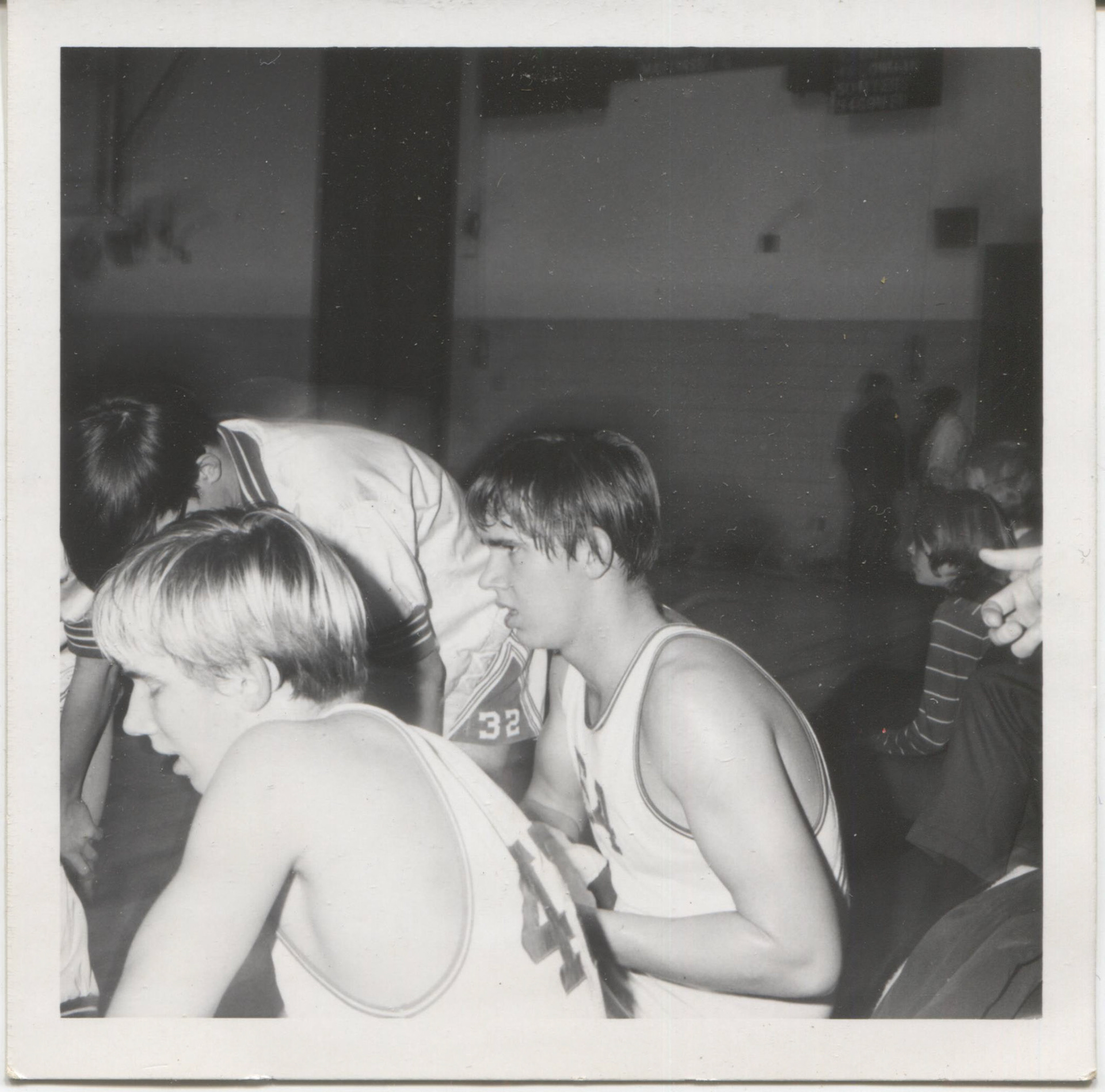 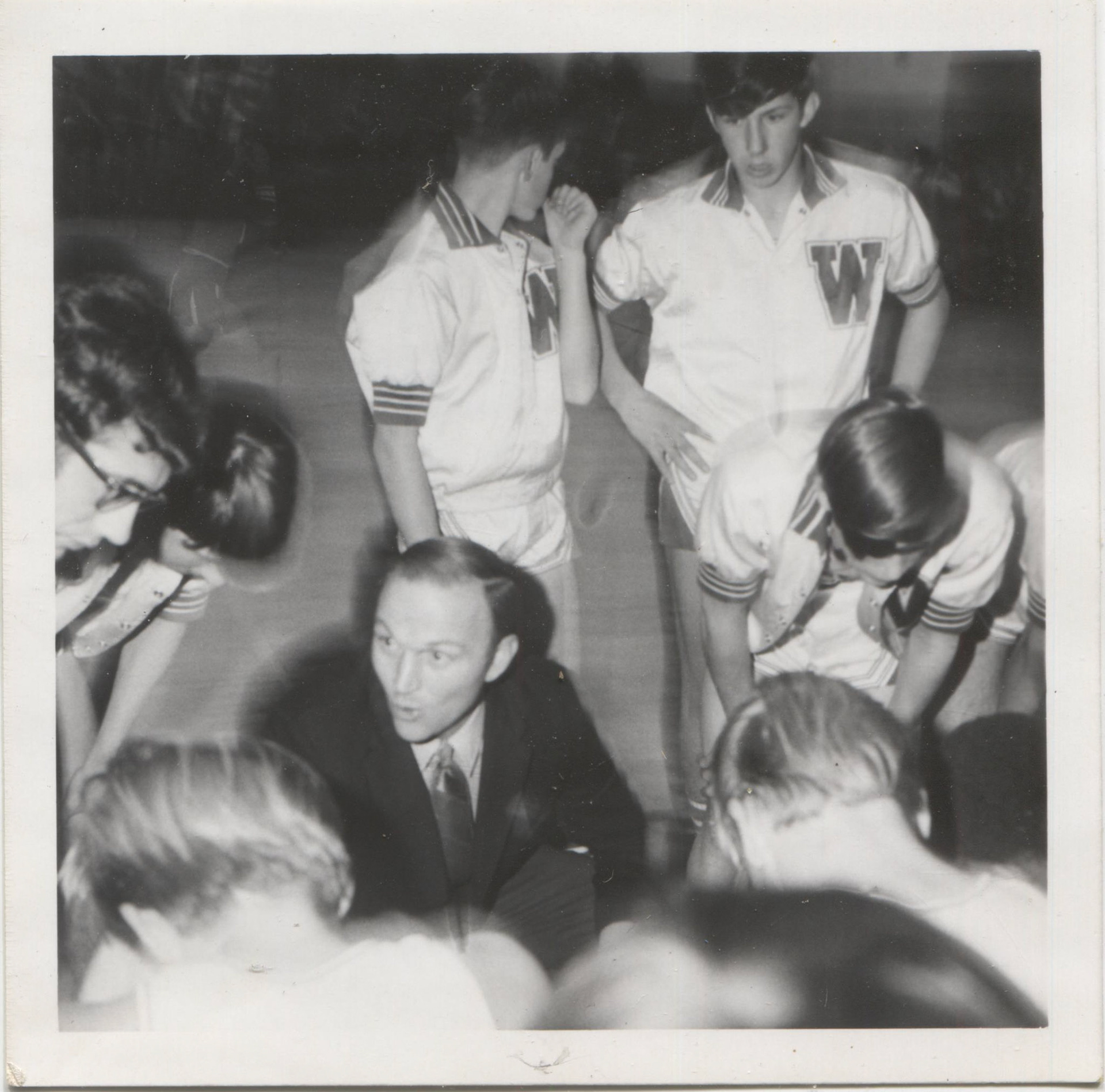 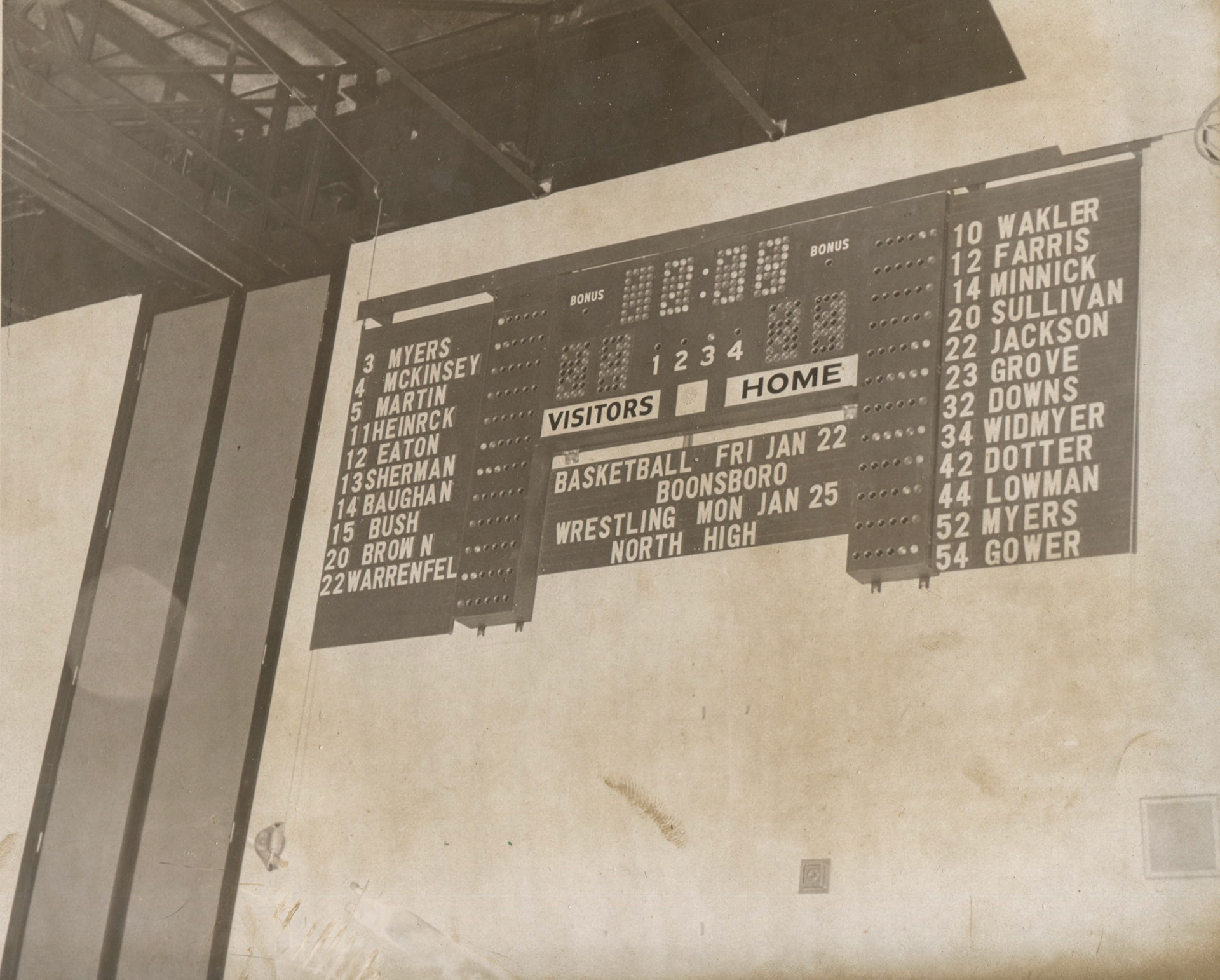 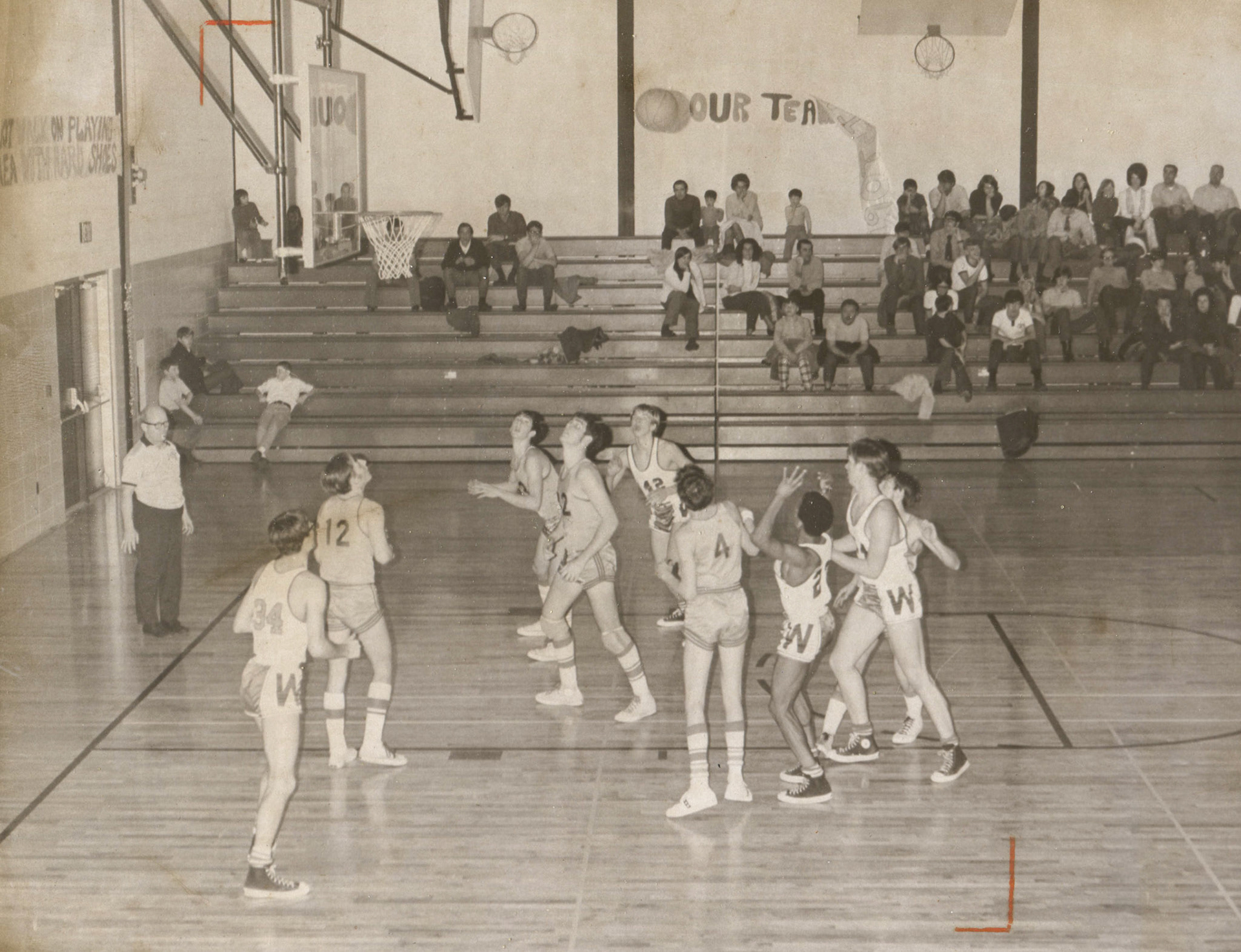 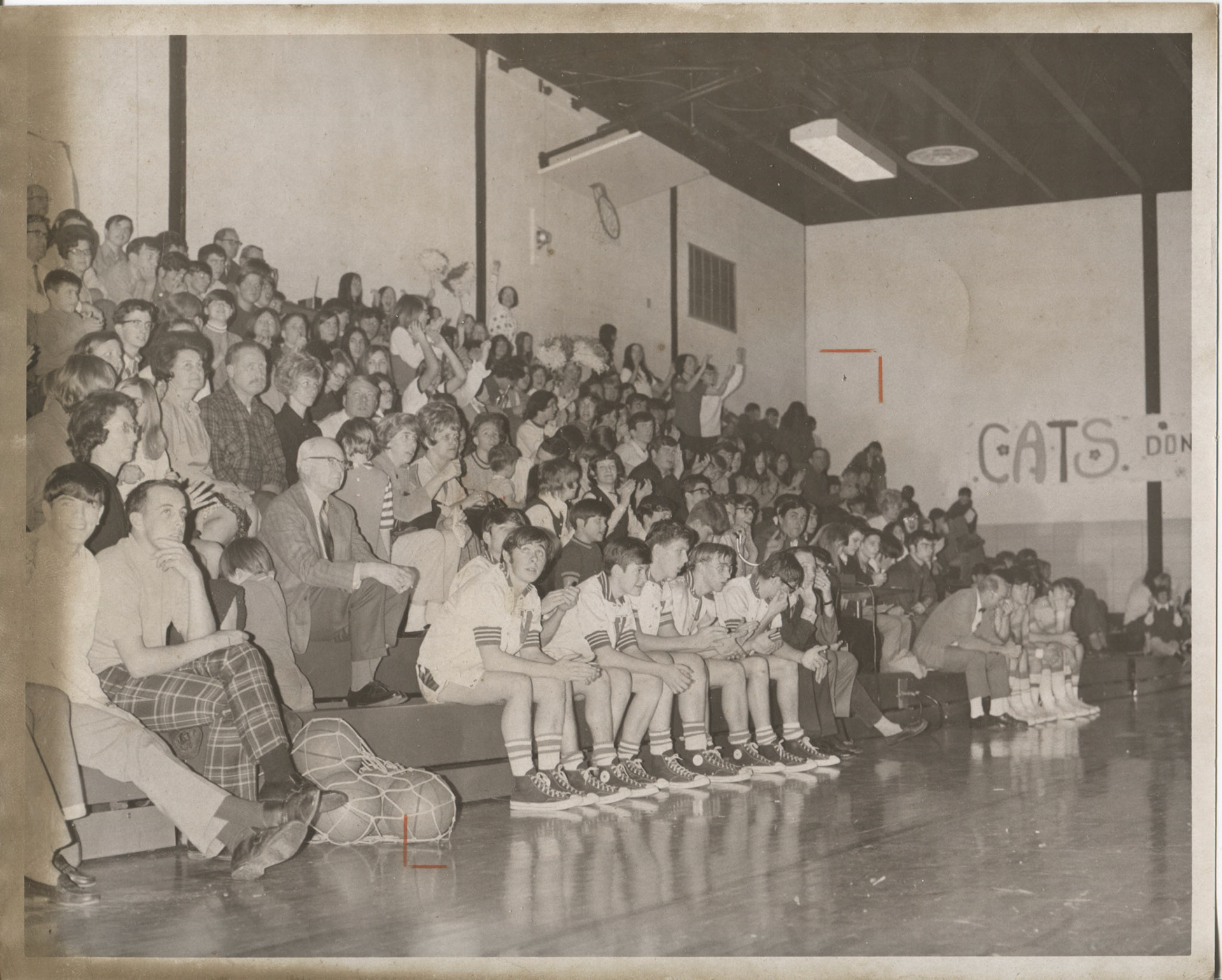 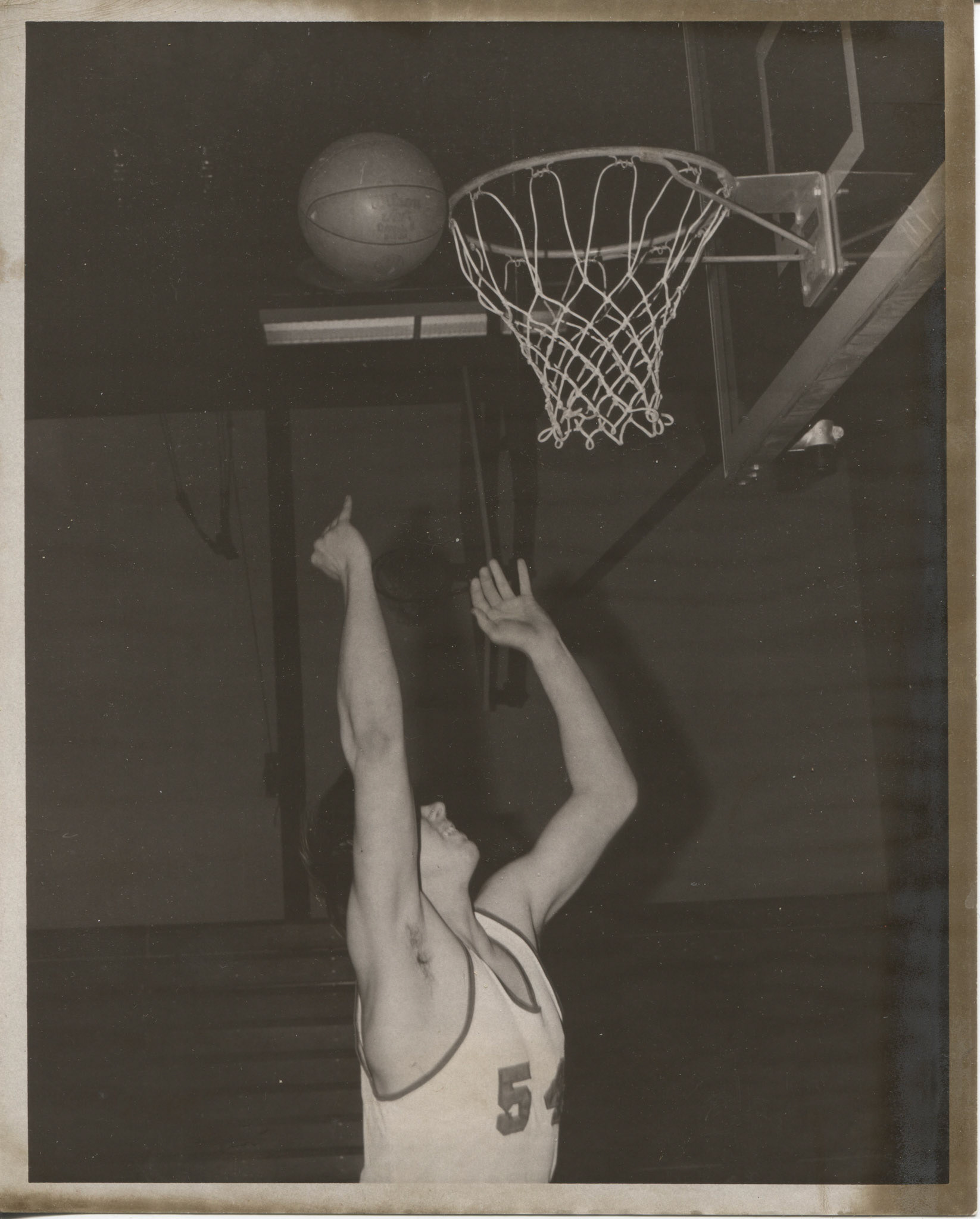 Schools
↑Back to Top