UNDER CONSTRUCTION
The story of labor and industry in Washington County during the period of Industrial/Urban Dominance (1870-1930) is largely the story of the Hagerstown and Williamsport areas. Hagerstown had been the county seat for some decades, but did not become a manufacturing center until the late 19th century. Williamsport, which had grown with the arrival of the C&O Canal and the B&O Railroad, continued to be a seat of industry. During this period Williamsport had Byron's tannery, Cushwa Brick Company, LeFevre’s Broom Factory, and Defrehn's Chair Factory.

The W. D. Byron Tannery was founded in Roxbury, Mass., in 1832. It relocated to Williamsport in 1897 because of the abundance of rock oak trees, the prime source of the tannic acid that was used in the firm's leather-tanning process.
Most of the buildings burned in a fire in 1903. Everything was re-built, and reopen newer and greater. The firm's leather goods were sold to shoemakers, glove manufacturers, as well as companies making belts, harness handbags and wallets.
The firm was acquired in 1975 by Walter Kidde & Co. Inc. and specialised in automobile seat leather for major automakers. The firm closed in 2005 and moved to Mexico.  (click on any photo for slide show) 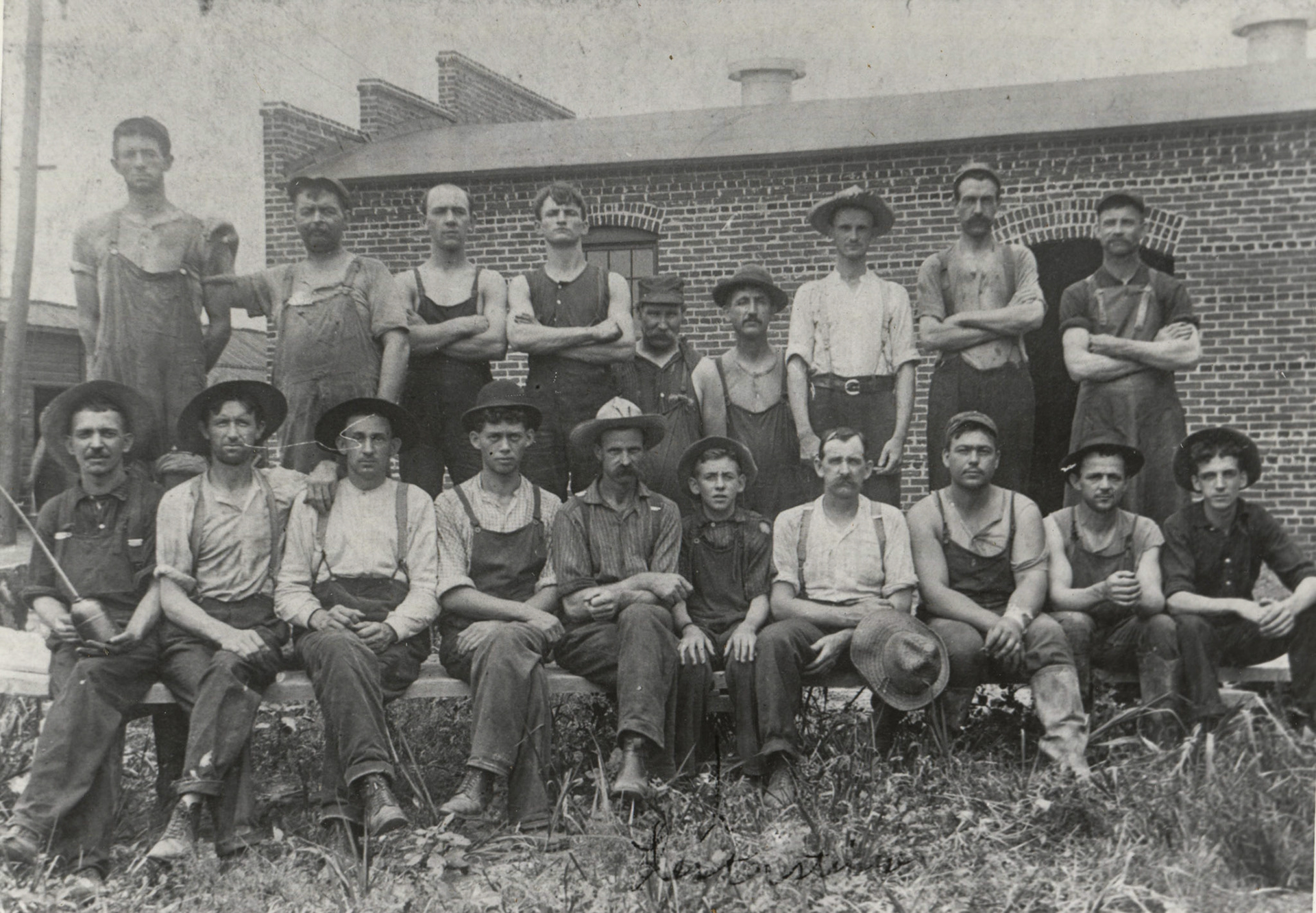 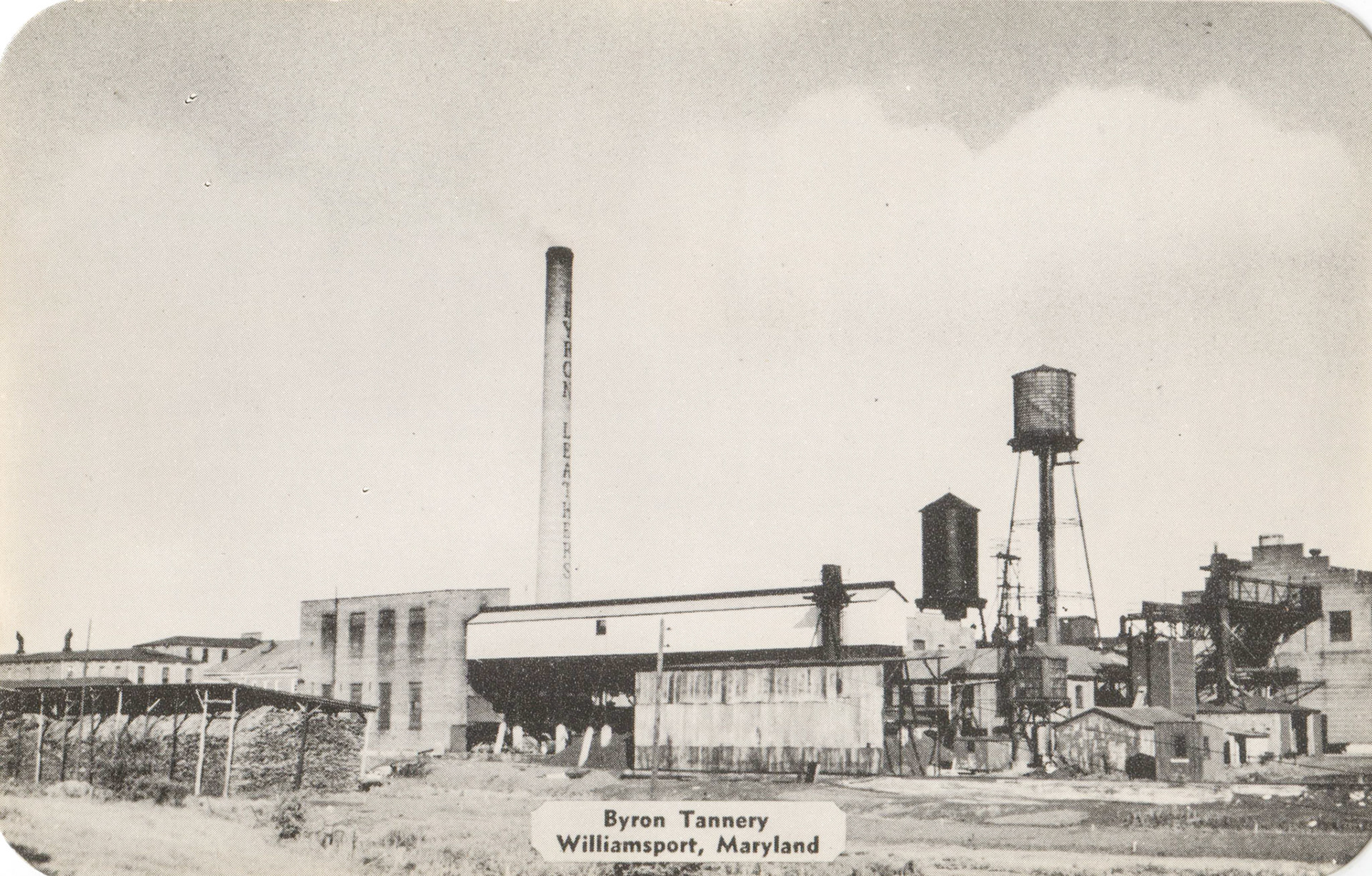 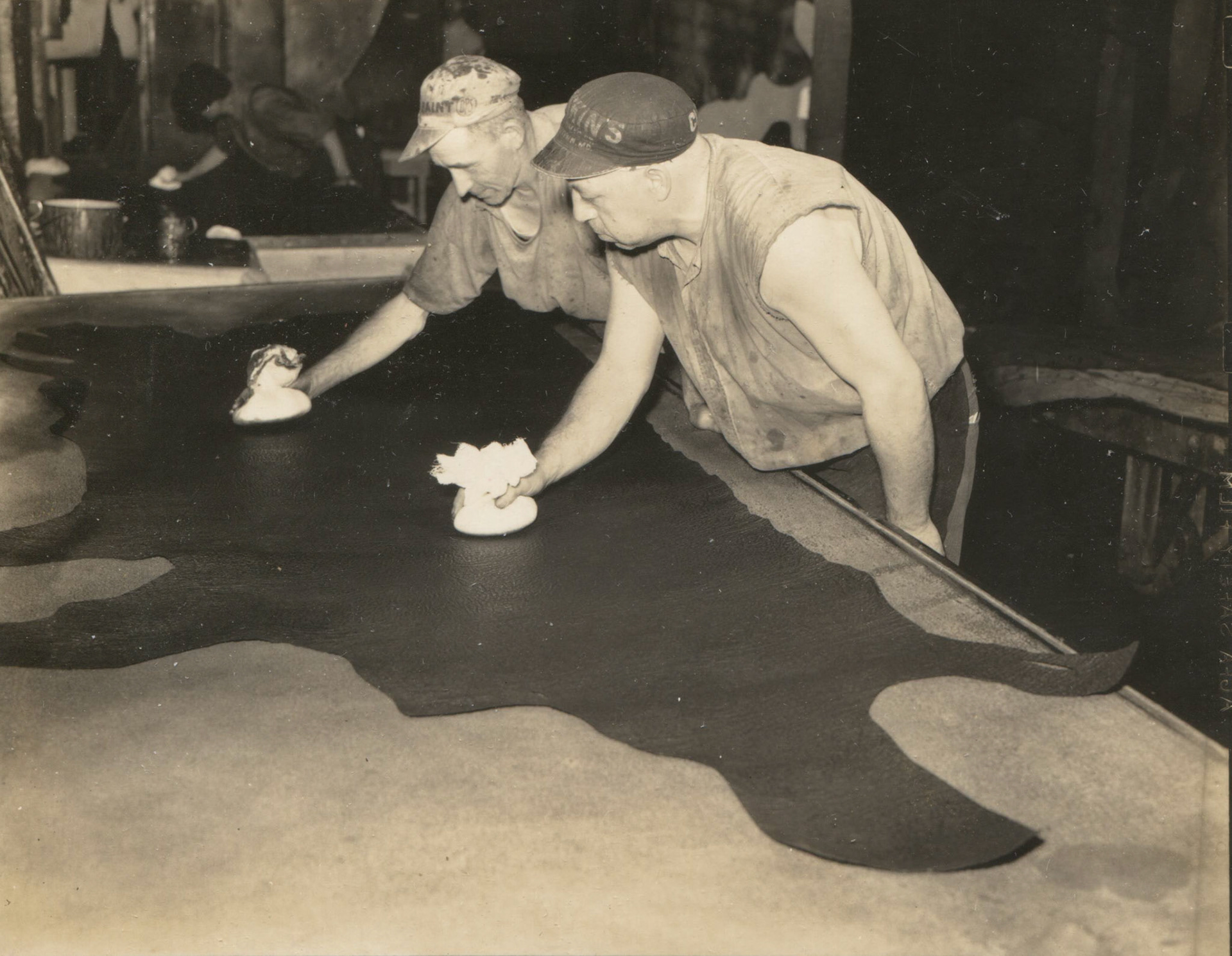 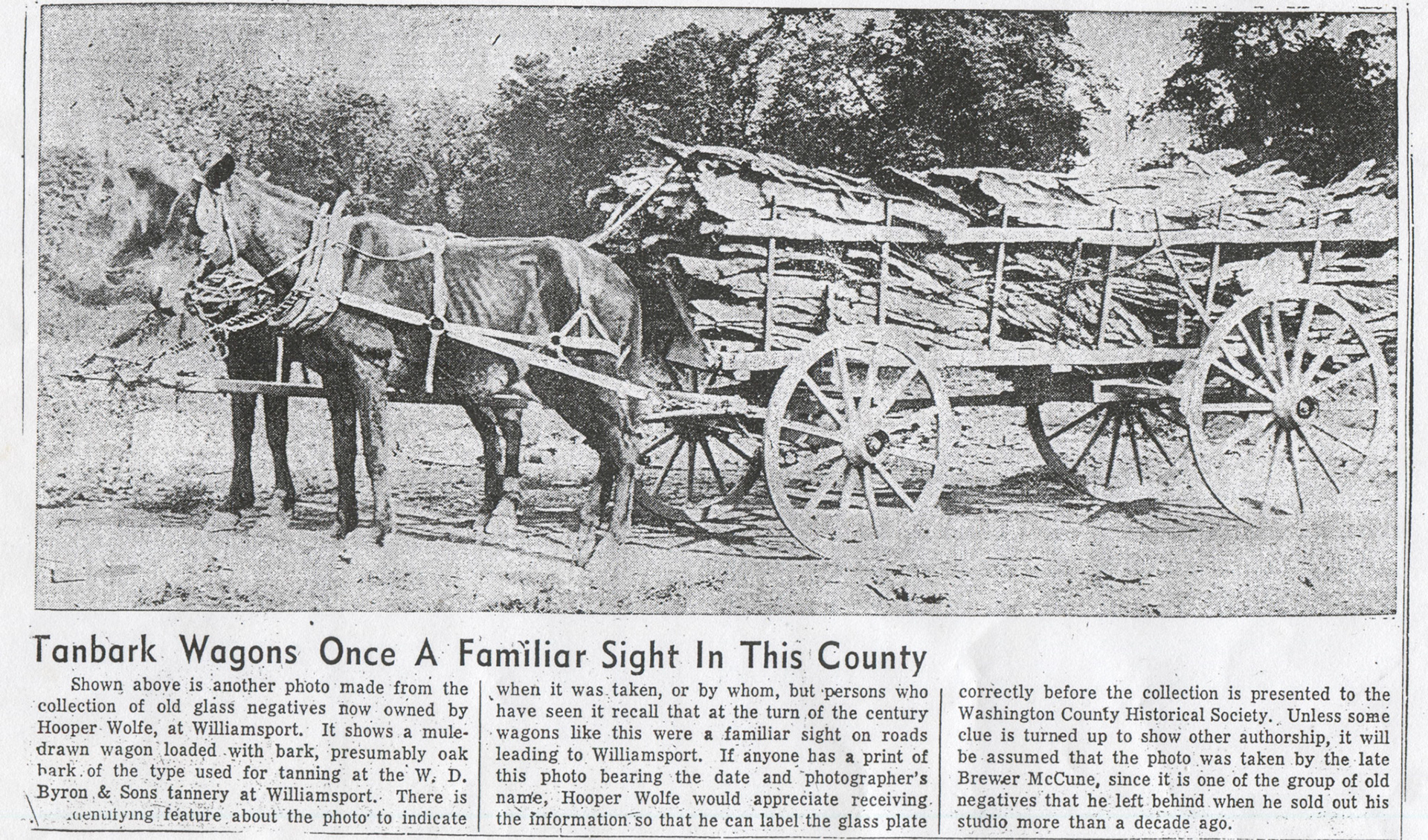 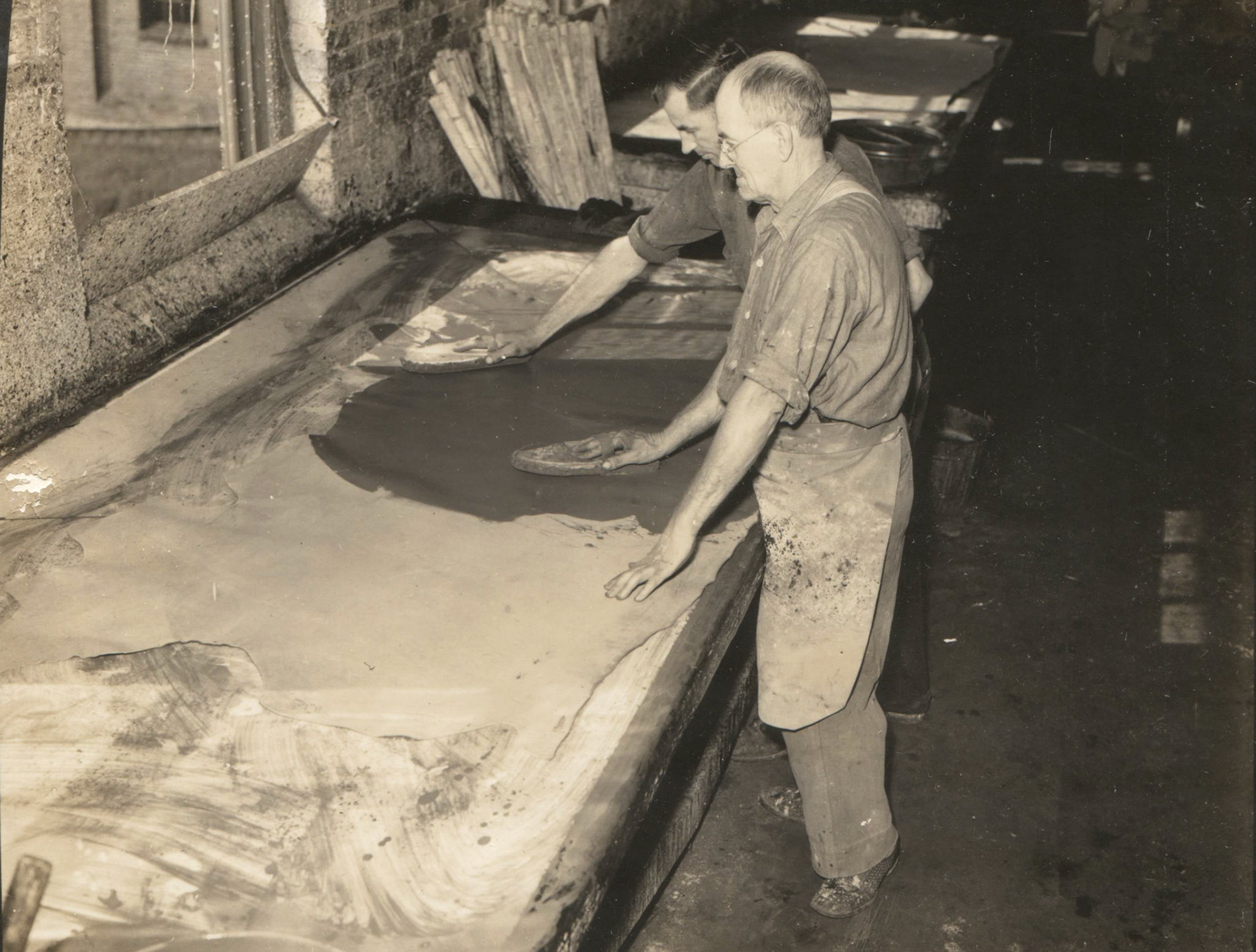 The DeFrehn Chair Factory made multiple wooden chair styles and was located on the berm side of the canal above the Conococheague Aqueduct in Williamsport. The factory paid the canal for water rents in order to power the machines used to create the chairs. In 1889, a flood destroyed the factory along with a good portion of the canal. The cost to rebuild and recover from the flood was too expensive and the owners decided to move the operation to Johnstown, PA then Hornerstown, PA.

Theaters
↑Back to Top